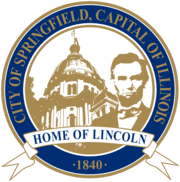 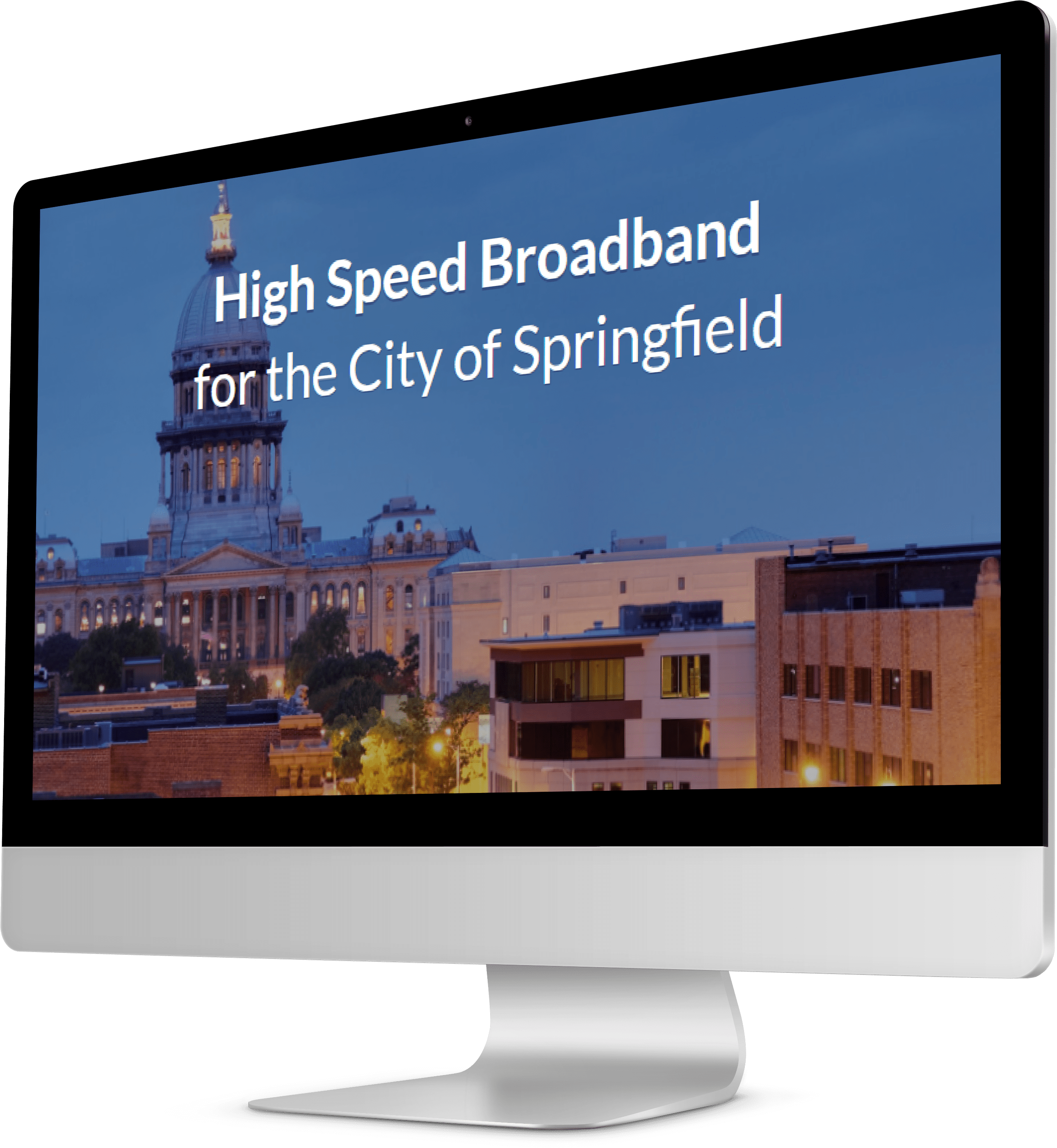 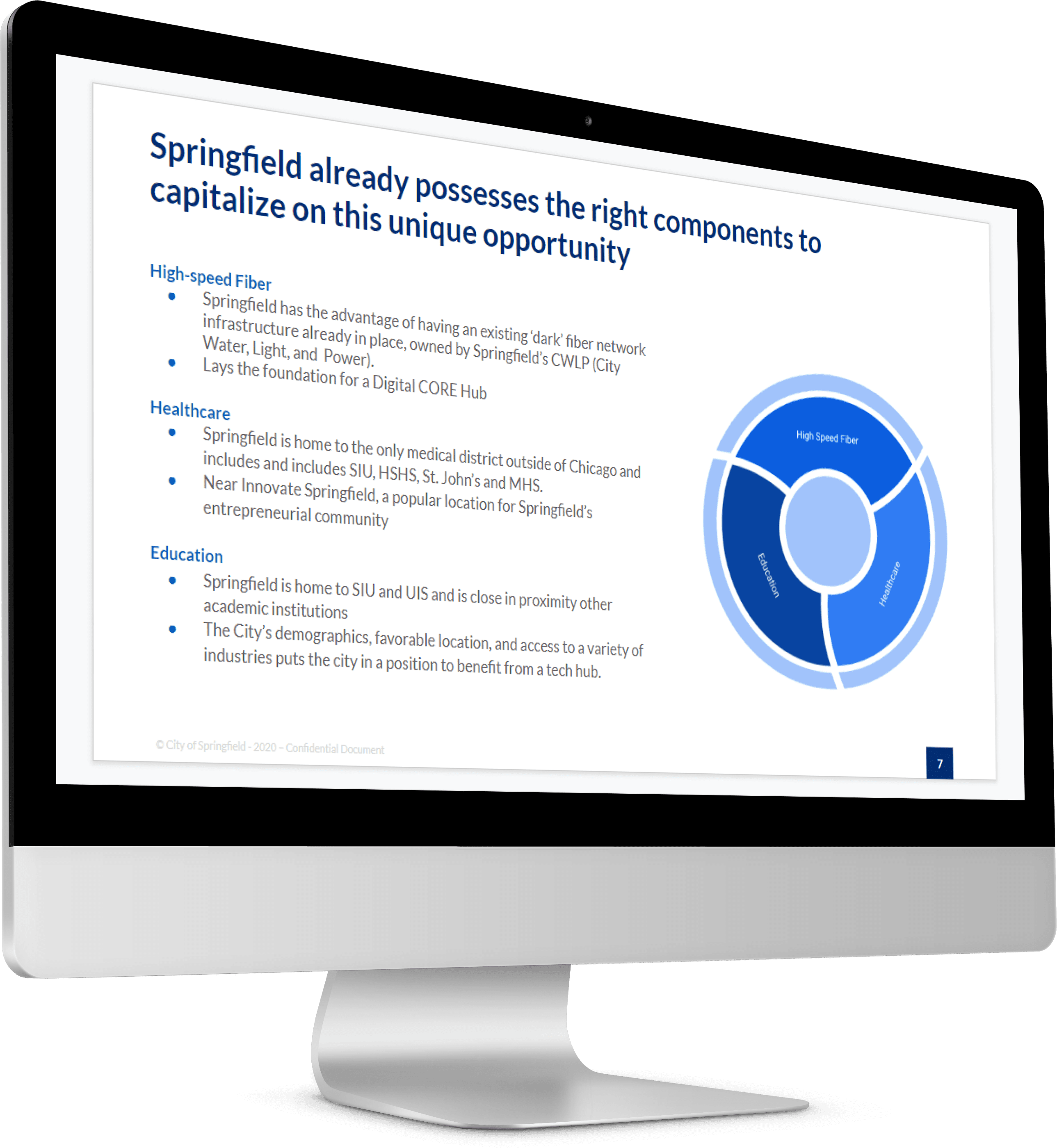 The mayor’s office of Springfield, IL wanted to attract more high paying jobs to the city. He wanted to do this through providing free high-speed broadband to the city with the help of a Rebuild IL grant from the state, and through the creation of a tech hub. The city of Springfield enlisted DAP to study the feasibility of high-speed broadband for Springfield, and the potential benefits a digital hub could contribute towards the city’s goal of revitalizing Springfield.

DAP wanted to form a compelling argument for why Springfield should receive a Rebuild IL grant. On the broadband side, we examined cases of other cities with high-speed broadband, comparing their results to underserved areas of Springfield that would benefit from better digital infrastructure, while also examining the potential challenges. To understand how to bring more high-paying jobs to the city, DAP explored how a new tech hub would impact job creation, researched optimal locations for the tech hub, and suggested promotional strategies to attract interest and investment in the hub once created.

DAP compiled two reports for the city of Springfield. The first report was on the feasibility of high-speed broadband for the city. It contained case studies, a thorough analysis of potential setbacks, and data-backed recommendations for how the city should proceed with their project. The second report contained analysis around the benefits of a new tech hub. In this report, DAP also gave detailed recommendations on the hub’s possible location and overall impact to the City of Springfield. 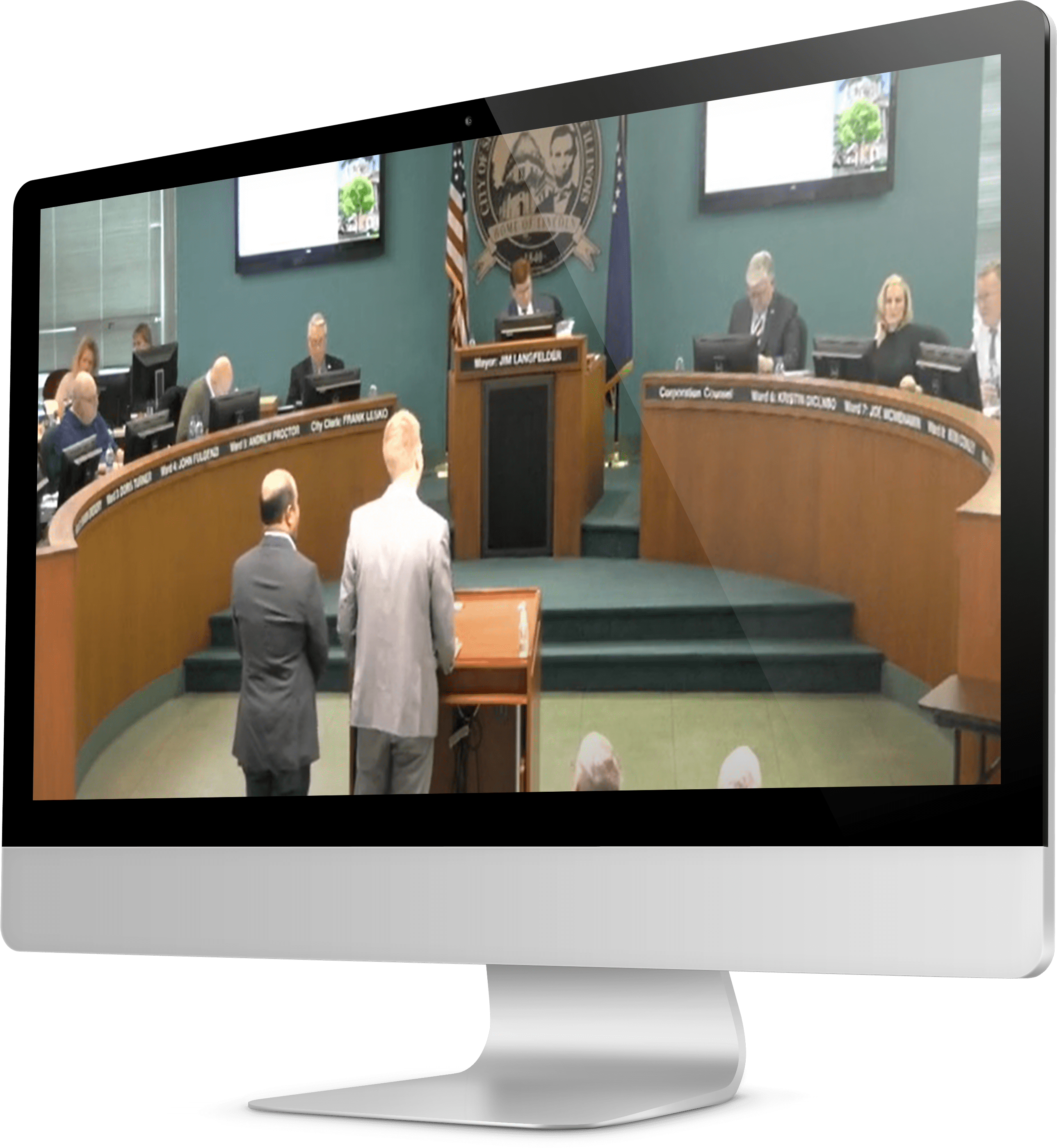